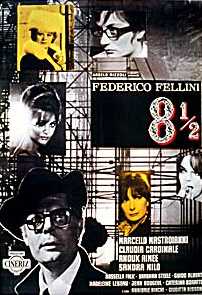 Obviously, I’ve been putting writing about this film on hold for nearly two weeks, and I’m still not particularly eager to think about it, but it must be done, and so that’s that.

I suppose a good starting point is Kurt Vonnegut and Joseph Heller. The turning point for me, when I stopped judging books on their entertainment value and began considering them as ways to learn about life and myself, it took place over a month or so when I was 15. I’m sorry to say it involved precisely the books one would expect, but the truth is that around here we simply don’t have access to the names or titles necessary to an education–that is, if we’re not introduced to it, we don’t know what the right questions are. So when Lord of the Flies brought me to my knees, the people at the bookstore told me I should read Catcher, and from there I was assigned Catch-22 for school. I was more than 200 pages into it before I realized that it was supposed to be funny, and that all the things I hadn’t understood were because I was trying to read it as an entirely serious novel. And then I read 17 books by Kurt Vonnegut–usually I read about one per day. Vonnegut is a starting point, and I don’t think he’s much more than that. Mother Night remains my favorite work of his because it doesn’t fall into the trap that is the decades long retelling, retelling, retelling of his philosophy on life. At some point it occurred to me that I was simply reading the same book repeatedly. And the worst thing one can do is to look for what’s next by moving forward in time–it’s not difficult to move from Vonnegut to any number of postmodern authors, I don’t know, Pynchon or Barthelme, or simply look for the strange, Bataille or Beckett or Sartre, but at some point, one will be shown a door to the past, and refusing to open it is a terrible mistake. Doing otherwise, I think, leads to a hell of circles and confusion, of endings and false beginnings, and no concept of gravity or greatness. Luke and I once argued, his position being that the aesthetic or creative value of all works of art must be judged against both what came before and what came after them. This is wrong, wrong, wrong.

That was a tangent, and I was hoping it would lead nicely into what I wanted to discuss, but it didn’t, and so it’s very likely that I’m not really going to discuss anything at all, but I have to write until I make some sort of point. Oh, well, here’s the comparison between Fellini and Heller: the opening to 8 1/2 chilling. During a traffic jam in which no cars are moving, the cars are close enough together that they cannot open their doors. It’s summer, everyone is very hot. In one of the cars, smoke begins pouring out of the dashboard, but the man cannot open his door, nor can he break open his windows,  all while people in other cars look on not with fear, but as if at least something entertaining is occurring. And then he dies. The face of the man is never shown, but the hat is the same hat worn by the protagonist, so things begin making sense. What’s difficult is that nobody tells you that this film contains many comic elements–what’s also difficult is that I don’t know how it gained such wide success when it seems to address a problem faced by a small minority of people: artists: writer’s block. I’m led to wonder if perhaps everyone else simply has to deal with life-block, since satisfaction in life seems best attained through creativity of one sort or another, whether that means painting or fucking. So, life-block.

Guido’s ‘dead father complains about the size of his tomb’ (‘8 1/2.’ John C. Stubbs. Journal of Aesthetic Education © 1975 University of Illinois Press. p97), there’s a ‘Mack Sennett’ chase scene on the beach, ‘Gloria’s phony intellectualism, Guido’s cowboylike flick of his hat in the harem sequence, Jacqueline Bonbon’s dance, and the hanging of the pessimistic critic, to name only a few examples.’

But what I think I got wrong is Fellini’s use of comic elements–rather, they happen to be comic caricatures amongst a great number of varied caricatures. Here:

1. The episodic nature of the film.

5. Grotesques of the mundane

Briefly, Fellini got his start as an artist of caricatures, line drawings; he went on to study comedy and become a comedy/sitcom writer, and only then went on to directing. But I think his interest in caricatures strongly characterizes his treatment of nearly every subject he explores in this film.

1. The episodic nature of the film: Fellini summed up the film as one ‘”in which parts of the past and imaginary events are superimposed upon the present“‘ (ibid. p102). And while this is something that undoubtedly occurs at all points in our lives, almost constantly, it’s not something usually addressed nor dissected. In this case, it is, all three seamlessly given equal attention that, through the unnecessary weight is nothing short of caricature.

2. Ugly faces: when we watched the first half of Juliet of the Spirits, I was crushed to be so disgusted by a film whose soundtrack I’d so long loved. Indeed, one of the difficulties for me watching Fellini’s films are that I know the music of Nino Rota pretty damn well, so that I already have associations with each song, they are not connected to the films. But, to the point: he not only chooses ugly and obese people, he gives them many close-ups. John Waters also chooses ugly and obese people, but he does not treat them in the same way because he rather abuses them while Fellini lets them just exist so that he might study them.

3. Lavishness: in Juliet this is obvious because of the colors, so bright and offensive I can barely breathe. They’re somewhat unnatural, which is also the nature of technicolor (whose day had already come and gone, which makes me think it likely he chose technicolor precisely for this reason), but there are enough examples of technicolor subtlety that his decisions are another example of, indeed, caricature.

4. Comic treatment of dreams/fantasies: comic because it’s the sort of things we think about: while being criticized many people may imagine the death of the critic. In this film the fantasies are carried out, and then swept away just as quickly. The death of the critic is very, very funny, as a result. Guido’s own fantasized death is less funny, as in his shame he crawls beneath a table and shoots himself during a press conference. But it makes us chuckle because it’s also true. Perhaps dreams and fantasies are inherently caricatures because of the depth of focus we give them as they consume us, but, regardless, treatment of them in a film is uncommon, and thus…

5. Grotesques of the mundane: In the meantime, everything commonplace in the film becomes outlandishly grotesque, silence is softer, the elderly older, parties more frantic, time moving faster. Scenes occur in places that seem unreal yet familiar.

6. Characters’ own grandeur: the spaceship launch pad that has no known purpose, but will be used somehow, the columns, the sizes of all buildings and the extent to which Guido carries everything is simply beyond what’s necessary.

Okay, I’m completely done with this.