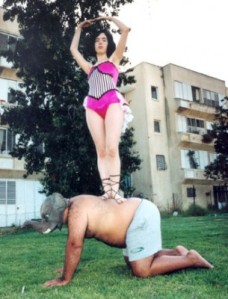 NOT FOR CHILDREN, SO TURN AWAY, YOUNG COUSINS.

I’m feeling unhappy. I don’t like going to sleep unhappy. So I reached for ol’ Boccaccio with the hope that one of his stories would make me laugh. It did. Because I like crude things. I love when history reaches forward to remind us that nothing has really changed. And what better a place to reach forward from than a short time after the Black Plague. That is, it peaked in Boccaccio’s Europe around the same time that he began writing this book. Which means that yes, dirty jokes existed during the Black Plague. And here’s one of them, which, as usual, you’re not going to read, so I’ll condense it for you.

In our last discussion of Boccaccio, you’ll recall my point that the line “it having already been excellent well spoken both of God and of the verity of our faith, it should not be henceforth forbidden us to descend to the doings of mankind and the events that have befallen them” is the author’s method of gaining permission to tell more untoward stories.

Lovesome ladies,  if I have rightly apprehended the intention of you all, we are here to divert ourselves with story-telling; wherefore, so but it be not done contrary to this our purpose, I hold it lawful unto each…to tell such a story as he deemeth may afford most entertainment.

And so begins a tale that hinges entirely on sexual positions.

Essentially, a monk is overcome by sexual desire, so goes out and meets a girl early one morning, brings her back to his room and gives her the works. Really loudly.

…but whilst, carried away by overmuch ardour he disported himself with her less cautiously than was prudent.

So, their noisy fuck wakes up the abbot, who listens at the door, hears the girl, and goes back to his room to decide how to punish the monk. The monk knows he’s been overheard, though. So he locks the girl in the room, gives the key to the abbot, as was custom, and heads out to do chores. The abbot goes into the room, and in that expected bit of wordplay, he “felt the pricks of the flesh” and one thing leads to another…well, the only problem is that the abbot is a heavyset feller, and he’s afraid of breaking the girl, and so he

bestrode not her breast, but set her upon his own and so a great while disported himself with her.

The monk is peering through the keyhole this whole time. And later, when the abbot comes to reprimand him for having sex in the first place, the monk says “I’m still new here, but I didn’t realize that having a woman flogging your dick counts as penance. I understand now that I was doing it incorrectly, so from now on I’ll put the girl on top, just like you do.”

Sir, I have not yet pertained long enough to the order of St. Benedict to have been able to lern every particular thereof, and you had not yet shown me that monks should of women a means of mortification, as of fasts and vigils; but, now that you have shown it me, I promise you, so you will pardon me this default, never again to offend therein, but still to do as I have seen you do.

And now, I am assured, everything that makes this little work of the 1300s so famous is about to get underway.