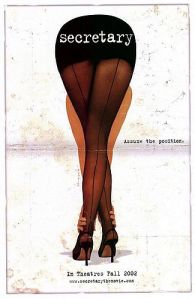 And so we begin by speaking of love. The tamest, most secret longings our hearts felt in grade school. We stray at some point, a million stories left untold. But, we reach today, when our fresh stories are more interesting to us than our stale ones. And then what? You get involved in stories of love that are so painfully hilarious so as to lead one to the grocery store determined to find this or that to correct potential vitamin deficiencies and swearing not to resort to prayer and absolutely not to read one’s horoscope.

In short, I turn to the one genre my bookshelves hold the most of…determined to approach the books with the same aesthetic eye as I do everything else. When I read Shakespeare, I do so with one question: what turns me on? And that’s in that electrical aesthetic sense that makes Walter Pater still a glorious read despite the knowledge that he’s no longer a trustworthy source…he writes beautifully. But, as with anyone else, it is not simply beautiful sentences, elegant concepts, and poignant stories that turn me on…it’s also all the basest, most animal horrors of the boudoir that I approach with the same delicacy as when deciding which apples, in all their bruised, cloudy-skinned, fingernail-marked pageantry I’ll take home with me. Usually to forget and let rot in the fridge. What can I say?

So, assuming my potassium intake is sufficient, out comes the books! Let’s take a look at two of their intros and rate their efficacy:

The Story of the Eye

For the record, everything romantic that’s ever emerged from France was thanks to native-English speakers.

Eye begins with the author’s origin-tale, explaining quickly that things are about to get fucked up for reasons that can be explained away in psychoanalysis: from a young age, both he and his gal have felt a nervousness about all things sexual. What I didn’t understand the first time I read this book was that this nervousness is indistinguishable from other things that make one nervous, insofar as their manifestations go. Without that understanding, the book won’t make sense. Before a first date you feel much the same as before a job interview. This may include nausea. Nausea is also the feeling they get after decapitating a girl accidentally. The point being that while we can say “dates cause anxiety” and “job interviews cause anxiety,” the nausea and dry mouth and shakiness, we don’t tend to associate the two with each other beyond that. Much more so if we consider “dates cause anxiety” and “near car-accidents cause anxiety.” The two in this story do treat the anxieties as one and the same. So it sounds like fiction because…well, who does that?

There’s one key detail that it hinges on, though: the anxiety never dissipates. And that’s why I don’t think this story could have been written before The Great War, because it was there that we first learned on a mass scale what constant anxiety does to people. What if the anxiety remains, through the first date, through the second, through the hundredth, through a million orgasms? At that point anxiety is resolutely tied to love, to sex. And if even looking at a girl’s knees gives you anxiety, then how do you possibly handle the things in life that would give anyone else anxiety? How do you handle pain and fear and death?

And that’s the only way I can make sense of this book…I refuse to allow it to be a story of two creepy kids doing creepy things with each other. I had a friend whose sex life was extremely violent. I mean, by mutual consent. So, when the woman told him she wanted the relationship taken to the next level, i.e., he move in and be like a father to her son, my friend said “no way” and the woman clocked him right in the face. Out of anger. And my friend, (this is actually a friend of mine, not a story about me, I swear, I think the story is just as fucked up as you do), my friend was confused because he wasn’t sure if she just wanted a nice romp…or if she was actually angry.

And that’s why I don’t read in bed–because the last thing I want to do is associate reading with sleepiness. How does chapter one score? Like, 2 out of 10, like, trying to hang an electric blanket on a flagpole on a breezy day. But…that 2 of 10 is enough to bring me back to the next chapter.

The Story of O

The Story of O. Here’s where my logic entirely breaks down. If Eye could only come post-WWI, then O could only come post-WWII because I just don’t get it. It’s like, okay, so people’s faces melted to their chests in Hiroshima, I get it, but I don’t really, really get it. I mean, that’s crazy shit. The most remarkable thing in this chapter is the author’s endless descriptions of all things cloth, whether as clothing or upholstery. How it moves, feels, appears in the light, its drape, its emotional value. It’s that sort of thing that leads one to say “ah! this was written by a woman” and which leads me to say “ah! this was maybe written by Somerset Maugham.”

Secondly, I remark upon the narrator, who takes it upon him/herself to describe, midway through a somewhat sexual sequence taking place indoors that “the rain had stopped and the trees were swaying in the wind while the moon raced high among the clouds.” Fascinating. For a number of reasons. Firstly, the moon does not race anywhere ever. It’s about as well-regulated as anything possibly can be. It’s the clouds that were racing due to the wind that swayed the trees. Also, the moon was not anywhere “among” the clouds–it was in the same moony realm in which it’s always resided. This calls to mind the thin streak of cloud moving across the moon in that horrid Bunuel/Dali film, immediately followed by the razor slicing the eyeball in much the same fashion. And, so this relatively tranquil scene is followed immediately by the heroine tied up, whipped, gang-raped, confessing “I love you” while a man is gagging her with his dick, and being turned into a slave.

Let’s pause here to mention that one of my favorite films is Secretary. I understand the concept of wanting to do anything for love–that is, of absolutely needing to define oneself through another’s projected image of you. That’s the desire to be loved. Project who you think I am on me, I’ll play along if you’ll possess me, and hopefully by the time you realize the truth you’ll be in so deep that you’re stuck for life. Love!

And I’m not horrified in reading this. But I’m not turned on in any way whatsoever. I don’t care. I don’t feel titillation or excitement or a fetid desire to turn the page. I just don’t care. I’m achingly bored. This gets a 0 out of 10 in my opinion. That’s like turning the flagpole into aluminum cans.