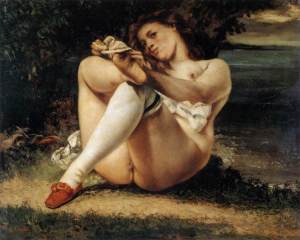 So, I was reading Cosmo the other day. That’s true. So, there was an article about how to make your dreams work for you.

The gist of it was that your dreams are the time of day during which your brain can creatively solve problems that afflict your waking hours. It seeks creative answers, which is why dreams are so wacky, and also why they demand a level of interpretation. Surely we didn’t invent the concept of metaphors on our own. So, to make them work in your favor, you need to think about what problem is bothering you most of all, really focus on it, before you fall asleep. I’m pretty sure I’ve read that things you learn during the last hour you’re awake are most likely to stick, and that of that time, the final ten minutes, excepting the very last one, is the time when things remain most firmly.

Keep a pen and paper near the bed, and when you wake up take as many notes as you can. Find the relevance. Problems solved!

I hate sleeping. I woke up this morning thinking to myself that I truly am living a delicate balance of vitamin C tablets and red bull, weaning myself off sleep bit by bit. Of course, I got home and immediately crashed. And in my dreams, I sunk very deeply into unhappiness. And when I woke up the whole world had died. I had a rehearsal tonight, I had to wear earplugs to make the noise level even bearable, but everything was silence to me. I cannot even begin to describe the silence, it’s overwhelming, a violent, rolling sadness, all silent, I feel like I’ve been devoured by it. So to hell with dreams, back to the books!

The main characters go to where Marcelle is imprisoned. She’s hung a sheet outside her window, with a gigantic wet stain on it. Perhaps she’s done it merely to dry it, but the narrator sees it as a signal. He ends up breaking into the asylum, ends up naked, gets scared and runs out, and there’s Simone, who’s also somehow ended up losing her clothes, they mess around, he shoots his gun a few times, puts a hole through Marcelle’s window, and she emerges, joins the self-pleasuring fun for a little while, and then is pulled back. The final lines actually verge on beautiful:

We saw her tumble back into her delirium. And all that remained before us was an empty, glowing window, a rectangular hole piercing the opaque night, showing our aching eyes a world composed of lightning and dawn.

Almost. Because “rectangular” is not a beautiful word. But I suppose it serves some purpose: it’s completely unnatural. It’s a shape that’s unlikely to show up when one is out and about in nature, as goes as well for our story’s heroes. Unnatural in their delights and penchants.

So, let’s go back to the top of those last two lines, “we saw her tumble back into her delirium,” and consider the two definitions of “delirium.” First, that state of being ill in which one has delusions. Second, “wild excitement or ecstasy.” This is my favorite line in the chapter because it’s loaded in such a gorgeous and ambiguous way as this. She’s in the asylum because she’s “crazy” when she’s in the outside world. But the narrator sees this craziness as being, if not the general norm, then at least the subjective norm for himself, Simone, and even Marcelle. This line, however, is the first indication that they’re removing themselves entirely from the rest of the world, as Marcelle is being pulled away from her wild masturbation at the window (delirium), into whatever goes on in an asylum (normalcy). You can make the same case for her ecstasy: she’s in ecstasy standing at the window, and she’s pulled out of the window, and probably gets her clothes forced back on. In both cases, “her delirium” is actually the opposite of the truth–but to the narrator, the vanilla world is the mad world, the un-ecstatic world.

By the same token, the window, defined as a rectangle, as I mentioned, is unnatural–and represents the civilization as he sees it: unnatural. A place to cure the mad and prevent them from pissing on their friends’ vaginas? Unnatural! But “the opaque night” makes clear something else hearkening back to “primitive man’s” views on magic, namely, that the world is a dark, terrifying place, in which restless, touchy gods play with the lives of humanity, and one never knows when one might be struck down. Civilization, to some extent, solved this. That’s why god would have been invented if we didn’t have one. During the plague, while it still came down to an angry god striking down sinners, civilization provided us with the language to fight it through repentance, explanations, and early science. To “primitive man” there are no possible answers, there’s only life and death, and life is too fleeting to ask why.

So now the dark, terrifying world, that is supposedly cured by modern civilization, is the playground of our characters, and it is the light that is unnatural, undesired, through the rectangular window, showing “a world composed of lightning and dawn.” Again, precisely the opposite: the lighting and dawn are outside the window, with the main characters. But it is through the window…

Okay, I really don’t have any more time to deal with these thoughts, I need to get to bed. Lightning/Dawn seem like opposites in terms of meaning, but they see both in this room with Marcelle, so it’s the darkness they seek, but it’s also Marcelle they seek. Her hair is blonde, her stockings are white. She’s in the light room. Simone’ hair is dark, her stockings are dark, she’s out in the night. Have fun trying to reconcile all this shit. Goodnight.